Audiophiles are upgrading their systems now with better content instead of hardware tweaks, Hi Res Audio is all the rage.  Tech-savvy audio consumers have adopted hi res download services like HDtracks and Neil Young’s new Pono to buy a copy of the uncompressed LPCM 24/96-192K original master recording for storage and playback on their PC’s and portable hi res media players.  For the first time in audio history, consumers are enabled to hear the full bandwidth and dynamic range of the studio master, a bit-perfect, one-to-one copy of the original. HD downloads outperform CDs and dont require a tangible disc.  This is what we’ve waited for our whole lives, the highest fidelity to the original recording.

Sony is selling a DSD DAC for their SACD recordings so they can be downloaded too.  Industry estimates put the number of hi res downloaders at about 80K worldwide, a significant but still very small minority of the audiophiles.  The rest are simply not computer literate enough or lack a good enough computer to make it worthwhile; they remain dedicated to analog playback of vinyl records because many of them think the records actually sound better than the hi res downloads, which is of course impossible.  Even Neil Young will tell you that, records are peak limited to 60 dB while the hi res content has no peak limiting at all.  Thats what high resolution means, full bandwidth and no compression.

But wait, there’s another source for hi res audio content, the Blu-ray disc.  With 100 million Blu-ray players now deployed in consumers homes around the world, and a huge library of live concerts and studio recordings already in the pipeline, it turns out that Blu-ray is already the best selling Hi Res content and method for accessing hi res audio and the native 1080p HD video of the live event.  The greatest artists of our time have embraced this new medium to perform their best songs live, captured on Blu-ray for the highest resolution listening and viewing experience ever on a home system. In many ways the Blu-ray versions provide us with a more intimate encounter with the artists, up close to them on stage.  Amazon consumer Carl Weber commented on the experience, reflecting on his reaction to hearing a Mahler symphony on Blu-ray:

“I have been an SACD multi-channel music lover, but this is in a class by itself. After being dazzled by opera on Blu-ray, I have now come to realize how live concert performances in this medium can offer even more listener involvement in the music and the performance than audio-only. It is totally engrossing, totally enjoyable. Not only does it exceed the hi rez audio-only listening experience, but in some ways, it exceeds even live performance because of the deftly done, intimate close-ups of conductor and performers. It gets us closer to live performance than anything in any medium to date. And, what can one say about Maestro Abbado himself? One gets to know him musically and on an emotional level that is unparalleled”.

Hi res downloads may have already peaked, year to year sales were down 13.7% last year (before Neil Young entered the picture) while Blu-ray grew 64%.  Some believe the catalog of download content is full of obscure audiophile music the average consumer doesn’t care about.  Others believe that it was always a limited market to begin with and they are right about that.  I believe that once an audiophile discovers the Blu-ray concert catalog, with the best artists and music, they adopt.  The numbers dont lie, sales and volume of Blu-ray concerts far exceeds that of the hi res downloads. Led Zep’s 2007 reunion concert recently passed 3 million in unit sales.

If recreating the illusion of the live performance at home is the goal for audiophiles, I’ve got some great news.  You don’t have to settle for an illusion any more, you can now watch the actual live performance in native 1080p high definition and listen to the original master recording at the same time for a much more satisfying sensory experience. There has never been a better time to be an audiophile than now but it requires adoption of a securer transfer protocol called HDMI and investment in a player and DAC with HDMI throughput. The discs cost about $15 and once you see and hear the performance, it seems like a huge entertainment value. Recently, Sony and Universal Music Group decided to release some of the all time best selling audio only albums on Blu-ray, expanding the library considerably.  No video on these discs, just hi res audio.  Imagine hearing Marvin Gaye’s Whats Going On in hi res.  One of the greatest albums and artists of all time as you’ve never heard him before.  Its truly sublime to hear these songs again with this quality.  Elton John’s greatest work, Yellow Brick Road is also out on Blu-ray audio only.  Need I say more? Below are just some of the fantastic shows you can see and hear right now.  We dont sell them, this is a small sample of the available titles, over 1000 now.  Scroll down. 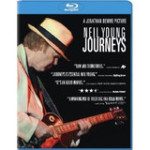 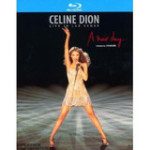 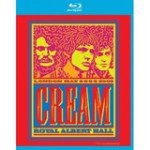 2 replies on “More Hi Res Audio Content Than Anyone Imagined“